Death Metal Battle Royale Round 1: Necrophobic’s The Nocturnal Silence vs At the Gates’ The Red in the Sky is Ours 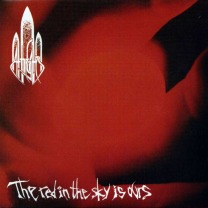 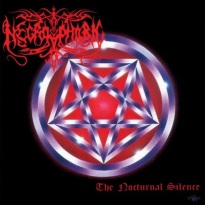 [Paul Bacque of now-defunct death metal band Condemner was kind enough to offer an incisive, preliminary analysis of the ongoing Battle Royale match-up between these two hard-to-score classics. I have added brief comments in italics below his.]

Despite both loosely belonging to the category of “melodic Swedish death metal”, Necrophobic’s The Nocturnal Silence and At the Gates’s The Red in the Sky is Ours are albums that are almost diametrically opposed to each other. The Red in the Sky is Ours is about as forward looking as death metal from Sweden would ever get; tremolo-picked melodies, sometimes angular and sometimes with a black metal-ish sense of consonance rule the day here, always with the very even beat-emphasis that marked the flight of black metal and post-Incantation death metal from traditional heavy metal. A sense of harmony that goes beyond power chords, use of modern classical composition techniques, the stubborn avoidance of anything remotely resembling a chorus, and the inclusion of violins further mark this as an album that’s looking beyond death metal as we think of it, tending towards a style that can only be described as “extreme progressive metal”. Indeed, much of this album is reminiscent of the last Emperor album, if that album was written and recorded by musicians that still had any sense of taste.

[The Red in the Sky is Ours is all that Paul says it is. It extracts the best aspects of music as high art; whether it be its classical aspirations, or building on the foundation laid by Atheist as far as technical, non-static death metal goes, this album opened the door on the possibilities available to death metal, and metal at large]

The Nocturnal Silence, on the other hand, takes a look backwards at metal’s past. A strong classic heavy metal influence pervades the entire album. Toe-tapping rhythms abound, and the sense of melody is more traditionally tethered, with lots of traditional speed-metal pedal point and ear-candy diatonic modal lines. Even when the album launches into a straight death metal tremolo-picked section, there’s usually some hook, either in a rhythmic turn-around or some pedal-point implied rhythm, and there’s lots of pseudo-choruses all over the album to make sure it stays stuck in your head for days.

[There isn’t much I can add to this. The Nocturnal Silence is near-flawless in the theater it operates in, effortlessly creating an elegant but also sinister take on blackened death metal]

From reading the above, it would be easy to say “The Red in the Sky is Ours continued death metal’s direction away from rock, The Nocturnal Silence ran back towards it with open arms, The Red in the Sky is Ours wins,” but reaching a conclusion so easily would be a mistake. There’s no denying that The Red in the Sky is Ours is a work of forlorn beauty, but its compositional and aesthetic complexity take it away from the lizard brain and force it into the realm of the intellectual brain, and the melancholic lyrics and presentation combined with the minor-key harmonies mean that while evocative, it can’t be described as rousing. The Nocturnal Silence, on the other hand, manages to avoid ever being caveman enough to be dumb or conventional enough to sound happy, but is immediately ear-catching enough to be rousing. It’s the sort of album that makes someone want to drink blood and crucify the messiah… and isn’t that why we all fell in love with this genre in the first place?

[I feel like a schmuck overturning Paul’s verdict, having invited it in the first place, but god damn it, I can’t have my soul chewed on any more! In a conversation in private, we were debating what order of precedence do the reptilian and intelligent centers of brain activity follow with respect to death metal. We arrived at an uneasy consensus that the two frequently feed into one another to the extent that it becomes difficult to extricate them again. A strange paradox, this; on the one hand we extol the structural qualities of death metal,  qualities that are obviously concerned with the intelligence-processing, analytical portion of the brain, but on the other we also expect it to be reconciled to the primitive. That such contradictions are allied together perhaps constitutes the greater beauty of this music; further deliberation on these things, however, is best saved for another post.

I will not slight The Nocturnal Silence to express my preference for The Red in the Sky is Ours. But in favor of the latter, I will say that it works in a far more literary capacity which, while certainly more intelligent than the norm, also excites the material of raw emotion better than any other album. Death is the stuff of blood and gore to be sure, but it is no less the pain of reminiscence; as much as hinting a way forward for the genre, The Red in the Sky is Ours works on these many unsaid levels, too, and therefore is the superior piece of art.

At the Gates go through. Sorry, Paul!]

1 Response to Death Metal Battle Royale Round 1: Necrophobic’s The Nocturnal Silence vs At the Gates’ The Red in the Sky is Ours