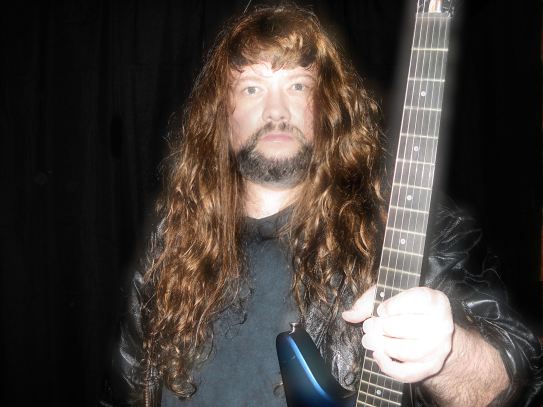 Rarely has a heavy metal songwriter working in different genre paradigms been as masterful over both expressions as  primary songwriter Howie Bentley of Cauldron Born and Briton Rites. The first project is neoclassical, swords and sorcery power metal and the second Hammer Horror-styled southern-fried speed/doom, but common to both is Bentley’s utmost command over the language of heavy metal itself. Where other bands may give the impression of conforming to set genre templates, Bentley appears to actually think in this music’s syntax the same way one’s thoughts first arise inside the mind in a shape closely approximating the language one is most familiar with. To Bentley, that native language is heavy metal, and everything he transforms from mind to materiel nothing less than molten steel.

For a long time, critics of traditional heavy metal have regarded its lack of structural ambition as the one litmus test by which to hold it inferior compared to intricate styles like death metal. It is an unfair standard by which to judge heavy metal, for this music’s aim first and foremost lies in rousing the spirit to arms, and not always through an exhibition of structural brilliance. Rather, what structure exists is there mostly to usher in and enhance those moments of punch-drunk invincibility. This again devolves to the distinction between hearing and listening, where listening involves conscious attention and dissection as opposed to hearing which is a more supine, intuitive experience, a “byproduct of existing” if you will. Heavy metal for the largest part ought to be heard than listened to; it shuns the overly critical ear but lays its treasures bare to those still capable of suspending cynical disbelief.

Cauldron Born‘s Born of the Cauldron, a classic in the true metal underground, however succeeds at both aspects, marrying progressive cohesion that can satisfy the most punctilious eye with slivers of traditional, riding-the-wind heavy metal bombast. Bentley’s playing is virtuosic and aggressive, Shawn Kascak’s bass alive and writhing like one Geezer Butler, the two combining to send these songs in myriad directions on the turn of a dime, now theatrical like Geoff Tate and early Queensryche, at another time indulging in heavy metal righteousness after the best fashion of USPM classics like Jag Panzer and Agent Steel, at home with the technical dalliances of a Mekong Delta, and still yet not averse to the quasi-exotic stylings of an Adramelch. For those in the know, these are impeccable references, the tonal richness of Born of the Cauldron bearing it out in the fullest; Bentley can and does shred like a bumblebee, but it is the consummate skill with which he weaves the many disparate threads into fist-shaking unison that cements this album’s legendary status.

But, paradoxically, Howie Bentley’s talents are fully appreciated only after hearing the more primitive but equally fascinating For Mircalla, his other project Briton Rites‘ debut released some thirteen years after Born of the Cauldron. The building blocks here are immense monolithic: Black Sabbath, Pentagram, Witchfinder General, and the classically-tinged sludge of Sonic Excess-era Crowbar, but out of these incipient foundations, Bentley finds a way of superseding them all – yes, even Black Sabbath – in terms of sheer narrative development and potential listener participation. Sticking to the tried and tested blues scale for the main meat of these songs, his control over rhythm, tempo change, and accompanying chord progression is so absolute that not once does Briton Rites sound like just another stoner band going through the motions; for instance, hear ‘Vampire Hunter, 1600‘  – finally my sword pierced his black heart, the vampire met his end. It was not just the sword of steel, but my faith that helped me drive it in – for how seamlessly he marries the tonnage of Master of Reality with the twinkling athleticism of prime NWOBHM. Phil Swanson’s strained voice, derided in some circles, and his penchant for the cleverly inflected phrase actually imbues these Satanic tales with an authenticity reminiscent of a once similarly ridiculed Ozzy Osbourne. The duo’s chemistry is undeniable and creates an atmosphere authentic yet fun, and reminiscent of the on-a-budget crypts and castles that were once the haunts of Christopher Lee and Peter Cushing.