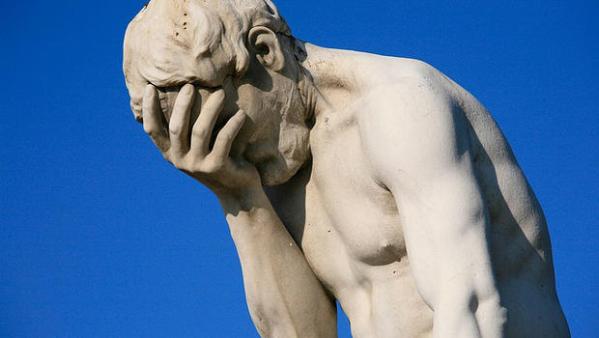 How do you engage with somebody on a point of dissent when they don’t have the required vocabulary, literal or experiential, to do so? There is great wisdom in ceding ground when one doesn’t possess that vocabulary, but there is even greater wisdom in acknowledging that dearth in the first place. The latter unfortunately is a rare quality indeed, hence the incessant ego-fueled wrangling we witness over subjects that ideally should be approached with an inquisitive mindset and not a confrontational one. But deep-seated insecurity manifests itself in just such fractious ways. The insecure individual would rather feast on his opponent’s – or should I say someone he perceives to be an opponent – frustration, and come away smirking with a misleading “ha! I showed him!“, rather than accept that the role of the learner in a conversation is not an inferior one, that mutual participation enhances both parties’ qualitative experience: the “learner” learns, obviously, and the knowledge-giver gets a chance to examine the sanctity of his opinion.

Experience and knowledge builds up cumulatively, but you don’t know that when you are busy being a vindictive viper out to guard its feeble nest. An acquaintance of mine, someone who we would call a fairweather metal fan, meaning he does not obsess over its mysteries the way the rest of us do, can’t for his life understand how I can enjoy old Immolation more than new Immolation. He has heard all the big names, and more than a few obscure ones, over the years, but in passing and not with any deal of energy or conviction. Therefore he is sincerely flummoxed over my preferences, because new Immolation has loud, shiny production and attractive melodies, and aren’t those the be all and end all of music?

I am amused and sense what’s happening here. I tell him that it’s no crime to like what you like. But he persists in his inquiry, and like a fool I take the bait and try to put into words things that should never be put into words. I talk to him about how the band no longer jams as a unit in the same location but instead overwhelmingly depends on Bob Vigna to send in ideas from whichever part of the country he is in. How this splintered songwriting process has taken a toll on the cohesiveness of the music. How parts are now written to accomodate Steve Shalaty’s staggered drumming style, but in probability the situation is the other way around. How there is overconscious development of mood instead of the spontaneous atmosphere through death metal on the old albums.

On and on I go, rummaging through my head for other points pertaining to Immolation, many of which can be found on this blog. Not to prove a point, because debates are very much not my thing, but because it really is fun to talk about metal. But I can sense his eyes glaze over; you see, he doesn’t know about such things; let knowing well alone, he hasn’t even imagined that music can be thought of in such terms. But instead of it being a revelation of sorts to him, that music can indeed be an entirely different dimension of being, he fumbles about for something with which to knock me off my tenuously preserved composure. He says, “Ah, I don’t know, man. Nothing has ever quite thrilled me as much as Immolation. Deicide, for example. Blame it on God! I always found them too funny. Never understood why you liked them so much.”

Classic, isn’t it? And more fool me. With age, I find I am as likely to give someone the benefit of the doubt as I am to dismiss them outright, but the former almost invariably leaves me burnt and needlessly aggravated. How then does one engage on a point of dissent with someone lacking your literal or experiential vocabulary? Judge the spirit in which they make their approach. Gauge their body language. If they seem amenable to a healthy exchange of ideas, then by all means indulge in it yourself. If, however, they’ve come to prove a point – and they leave blatant hints to this effect throughout, you just have to not be bloody naive to see them – simply ask them to fuck off.

This entry was posted in Death Metal, Thoughts and tagged Deicide, immolation, more fool me. Bookmark the permalink.

1 Response to More Fool Me