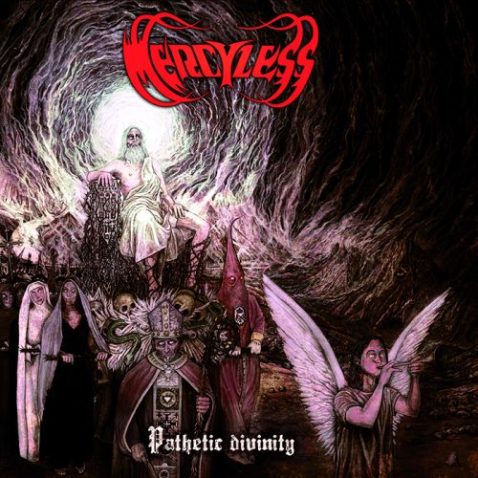 The first two Mercyless albums are held in high regard by death metal fans, but even those weren’t the easiest to get acclimatized with. Abrasive and bludgeoning chord choices, tempo shifts, and an understated avant-garde nature, much like Swedish band Deranged, made them a veritable minefield to navigate; what served to mitigate this effect was a sense of early 90s Euro-style melody that leavened the harsher aspects of that sound.

After the missteps of the late 90s, Mercyless returned to form with 2013’s Unholy Black Splendor, an album sitting nicely between the relatively linear debut Abject Offerings and the classic Coloured Funeral. Unlike the faceless ambient masquerading as death metal today, Mercyless seemed to retain their appreciation for sharply-defined, riff-based songwriting; death metal is inherently structuralist music, often composed with a bottom-up approach, where ideas are improvised along the way as a combination of intuition and musical acumen. Anything more high-level in perspective than the bend around the upcoming corner would necessarily compromise the spontaneous intensity so required of this music.

Pathetic Divinity still adheres to these principles – reiteration is used to emphasize individual riffs as a labor of conscious intent – but an overly quantized, clipped drum sound and just generally hyperactive playing centered around cascading fills frequently drowns out the underlying content. Groove is a new addition to the band’s sound, while the quasi-Gothic melody of Coloured Funeral now emerges rarely; where previously that sense of theatre was woven into the body of the song itself (there is no ‘Serenades‘ to be found here), here it is the lead guitar that occasionally alleviates the elephantine-dissonant footstomp of the slower sections.

This lack of color compromises Pathetic Divinity‘s memorability and makes it a difficult album to invest emotionally in. The twisted sound realized on Coloured Funeral remains in tact, but minus the sporadic epic appeal of that album, Pathetic Divinity feels like an aborted case study in the band’s idiosyncratic songwriting style.