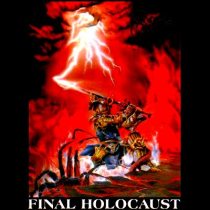 Impressionistic appraisal: Atheist’s Piece Of Time (1989)
A soft synthesizer forming a dark, compound-chord progression plays as soundtrack to the breaking surf, announcing the beginning of this special album. On the cover stands a grand, cosmic hourglass, pouring time itself into the creation of Stonehenge. Retrospective appropriately allows us to replace that mysterious wonder of the ancient world with Piece Of Time, quite literally a peerless pocket of death metal history.

Analysis: Atheist’s Piece Of Time (1989)
On Piece Of Time, Atheist used speed metal technique to complement an already acute knowledge of rhythm-as-tool for generating tremendous impetus on the fly, even from dead halts. In physics, this would be akin to the production of power, represented by the product of force and velocity; Atheist have the velocity part safely covered, but the vector of force in their arsenal is a store of creativity that mixes conventional, metal rhythm technique with a quasi-jazz, lead guitar style, making for longer and more fluid phrases than had been heard in death metal till then.

Allied with the technical innovation is an intuitive sense for setting up a song’s premise. Owners of a varied palette and conscious of their origins in hook-laden speed metal, Atheist center each song around a core melodic idea, but only reintroduce it at specific junctures during the song for the sake of internal orientation; the predominant attitude here is of an almost free-jazz approach to death metal composition, but the balance between those disparate musical elements is maintained with immaculate tension and awareness. Piece Of Time is a savage album first and foremost, whatever adventurousness it is wont to display always subsumed under the rubric of death metal’s intensity and nihilism.

Impressionistic appraisal: Massacra’s Final Holocaust (1990)
I’m living my life causing, Warfare!
Reigning king of the night,Warfare!
Take it from the streets, Warfare!
Put it in the sheets, Warfare!

Those lyrics are from Jag Panzer‘s classic Ample Destruction, but they apply perfectly to the pugilistic brand of death metal that Massacra play on Final Holocaust. The spirit remains the same, except that Massacra eschew any cheesiness inherent in the heavy metal band’s delivery, and make their music a potent and dangerous symbol for nature red in tooth and claw. Plain and simple, Final Holocaust is Darwinian Death Metal.

Analysis: Massacra’s Final Holocaust (1990)
Final Holocaust is an album of riff-sets and bars. In many ways, all metal is a music of refrains; death metal, beginning from Hell Awaits and Morbid Visions, made it something of an article of faith for riffs to be iterated a certain number of times before moving onto the next pattern. The riffs on Final Holocaust adhere to this philosophy of eddies with some vehemence; they are cleanly demarcated and travel through the prescribed number of cycles at all costs.

Mono-flavored at the level of riff, the thrill in experiencing an album like Final Holocaust lies not in anticipating any kind of overt intra-expressiveness, but rather in following the connections between its many discrete parts, and how the band succeeds in overcoming their limitations with the intelligent use of variations of tempo and the reproduction of certain motifs at slightly different frequencies. This is in many ways the consummate instance of a bottom-up approach to metal songwriting, where one part leads to another, in strict chronology or not; one might question what manner of songwriting does not follow a bottom-up approach, but few writers sit down to write a story without the elementary skeleton of a plot in mind, and few painters begin a canvas without having at least a vague cloud of an idea of what they want to depict, so why should metal songwriting be any different?

Verdict:
The Atheist sound was already firmly in place on Piece Of Time, albeit dressed in a more severe garb. It is a sound dripping with the explosion of young talent and ambition, and all the emotional intensity that entails. Final Holocaust is a fierce consolidation of previous genre virtues, presented in a far more riff-centric and riff-dense format, executed with cohesion, but ultimately its lack of color and predictability render it deficient against an album of greater, purer musical imagination and expression.

Atheist win this round.