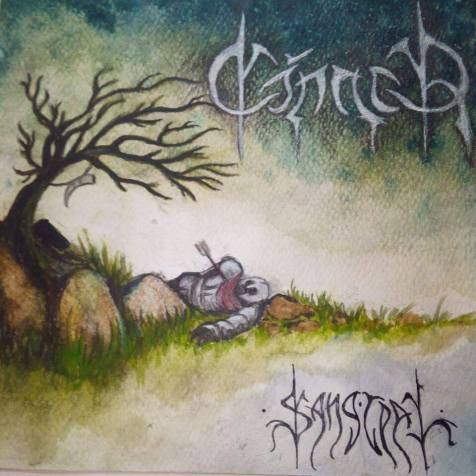 This Colombian band’s trajectory over three albums has seen them continuously filter out elements that may have been considered extraneous to their sprawling, ambitious vision. That vision is one quite palpably dripping with melodic information, where the idea of stasis is foul, and the music develops themes in the way of progressive rock, but also reaches further back into classical tradition for inspiration. Like the previous two albums, it is sometimes exceedingly hard to reconcile Sangreal with the isolationist, recalcitrant stance of heavy metal; the band uninhibitedly borrow from metal styles, but it also feels as if Cóndor occasionally, willfully, take a step aside from the metal idiom, without disrespecting it whatsoever, to do what is needed for creating a peculiarly physical listening experience.

This physicality is the smell of wet soil after the season’s first rains, the raw sensation of sand curling up between one’s toes along the sea front. Perhaps it is revealing that Cóndor express their admiration for Czech composer Bedřich Smetana. Their music also possesses something of the scenic rootedness of romantic composers like Smetana, Antonin Dvorak, and Hector Berlioz, intensely evocative of the individual’s experience of his environment, experience which is sensually incremental but, paradoxically, co-extant in it, too. By frequently making the lead guitar the chief instrument of their melodic agenda, Cóndor upend the conventional chordal-rhythmic substructure of heavy metal; in the process, they liberate and simultaneously enlarge the melodic space which these songs can potentially occupy, thus making for a constant undulating and undraping of ideas.

The aversion to stasis is a constant throughout Sangreal; sections, slow and fast, contain a seething inclination towards a different place, and yet there is little stench of distraction in the proceedings. Where Nadia suffered, on occasion, from ill-affected blues and jazz flavored breaks, Duin largely ironed out those deficiencies and established the definitive template for the Cóndor sound in the future. Sangreal feels like a coagulation of Duin‘s virtues, but also more assertive of its identity and aspirations, both native/cultural, and, gratifyingly, as a band in metal. With such ambition naturally comes the odd misstep, but Sangreal, remarkably, is of a piece, a genuine gestaltic phenomena where familiar parts are organized to create something different from the norm.