In praise of The Chasm

Posted on May 1, 2016 by Old Disgruntled Bastard 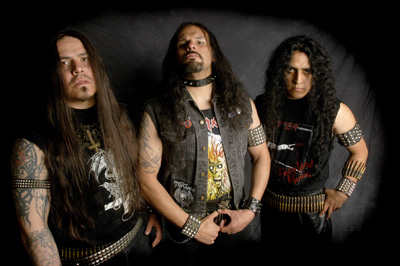 We spurn that which lies under our nose but don’t know its value until it’s gone. It has always seemed a little bemusing to me that The Chasm‘s credentials have been open to debate; not because debate is bad but because the nature of those debates have sought to shoehorn The Chasm into a box they obviously don’t belong in. We sing paeans to the classical ideals in metal, we drone on tirelessly about the importance of developmental variation within metal, we name composer after composer in the hope of somehow drawing a concrete parallel between classical music and heavy metal while conveniently forgetting that the real parallel is one of abstract spirit and musical ambition, not rigid formulations; to be inspired by noble music is surely praiseworthy, but heavy metal is a distinct entity from classical music, too, with its own quirks and lore. The minute it loses this awareness is when it stops being heavy metal.

This shopping list of virtues is quite the balancing act; but an “act” is just what it isn’t and can’t afford to be! It is an appreciation of tradition, of what is worthy of preserving in that tradition; it is iron discipline and pride and unforgiving quality control in the things that you want to be your legacy. It is the ecstasy of discovering some small fragment of truth and making it the immovable keystone to your life.

These traits cannot be taught, they arise from observation and self realization. I have often discussed with a friend the futility of trying to make someone “see the path”. My belief is that you can take a sheep to the trough but you can’t make it drink from it. The best one can do, if it truly can’t be contained any longer, is to keep expressing and emitting like a radioactive material until the core runs dry; someone somewhere may be listening in on the same frequency and they may lend you the power of their consonant voice, but that can never be the chief concern in the act of expressing itself.

To anyone that has actively followed The Chasm‘s trajectory over the last twenty years, it is self-evident that they “get” all of this. To them, The Chasm‘s idealistic and musical integrity is what they would like to model their own bands on. To doubters, I would like to ask how else would they expect a band, with an obvious, simultaneous emphasis on thematic development and the sanctity of heavy metal , to sound?

Perhaps it is their belief that speed and tradition inspired metal can never aspire to anything transcendent. Yes, The Chasm wear their influences proudly, but in their hands these influences are merely stylistic implements. What fascinates about The Chasm is just how idiosyncratic their sound is despite the listener placing a vague finger in the direction of speed metal. This isn’t like Immolation or Demilich, bands that brought something near-alien into the metal troposphere. The Chasm use familiar enough genre elements in their songs, but with them create unique dirges, of rage, despair, and quiet introspection, that don’t quite sound like anything else.

Perhaps abundant use of inverted arpeggios in riffs and general exclusivity of sorrowful minor scale melodies act as red herrings, spurring charges of a same-ishness about the music. I can empathize with this sentiment to a degree though dedicated listeners will inevitably pick out individual moments from a sprawling catalog; ‘Confessions And A Strange Anxiety‘, ‘No Mercy (Our Time Is Near)‘, ‘From The Curse, A Scourge‘, and many others leave indelible marks behind. The mortar binding these songs may come from the same material but to say that they are without individuality is not entirely accurate.

My personal suspicion is that accusations of monotony come more from a place of impatience with the overwhelmingly grim tone of The Chasm‘s music; there are no moments of good cheer or levity in it, only the will to a stoic existence and the occasional venting that accompanies it despite our best intentions as an indictment of human frailty. The band call their music ‘Metal Of Death‘; there is no better way to describe it for this is sad music above all else, obsessed with loss and melancholia in its different forms.

It is a lot to take in but be that as it may, The Chasm‘s ouevre is not only about great riffs. To be sure, there are highlights to every song; the riff, after all, is an integral part of metal. But in The Chasm‘s hands, the riff is a motific device and not simply a conspicuous island of memorability; it heralds very real movement and progression within the song, in the process revealing its composed nature. Through the journeys that this music resembles, The Chasm make a strong case for the demotion of the riff as the all-consuming pursuit of metal bands; the riff will continue existing, no doubt, how could it not? But The Chasm ask for the riff to be subsumed within the greater narrative of the song, at least in the songwriter’s mind. It is a quantum shift in thought and approach more than something actually tangible, but perhaps that is the cure to the stagnant state that metal finds itself in today.

I still wear my beat up The Chasm print with pride. I’ve always thought that metalheads would be proud of being represented by them. There may not be another The Chasm album in the future and that itself is a testament to the band’s integrity as a creative force; but for the time that they existed, they provided a redoubtable source of illumination for metalheads to orient themselves around. A thing of life-affirming beauty in a cynical world.