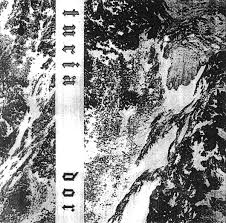 Turiya in Hindu philosophy (Nirvana in Buddhism) represents the fourth and highest state of consciousness, a condition in which the atman or individual soul is rid of dualistic preoccupations and achieves unity with the brahman or the universal soul. The three preceding states are:

(1) the wakeful state in which the idea of “I” dominates our relations with the world; we are aware of ourselves as an entity in time and space. Rationalist, positivist, and materialist schools value this state over all others, considering this as the only quantifiable means of obtaining genuine, practical knowledge.

(2) the dream state where we are overcome with phantasms and images that seemingly hold little logical continuity. This is a world governed by its own rules but not one where the distinction between subject and object is completely dissolved. We might be playing someone else in our dream but the realization of that “us” remains, absurd though the situations we find ourselves in may be.

(3) the dreamless state, or non-REM sleep. In this state we sleep without dreaming; our brain shuts down its store of past references and ceases to generate causal relationships with the present or yet-to-be future.

In common pop-speak, the idea of turiya is expressed through glib phrases like “we are one with the world” or “we are all made of stardust“, and usually by a certain set obsessed with spiritualism as lifestyle and fetish. These are heady concepts, no doubt, ones that we can only read of from an extremely high level. It is no shame to admit that we like material things; our lives don’t permit subject-object dissociation and to walk that fringe is to look into insanity itself, a path of renunciation that has been attempted through history only by the most intrepid and selfless of ascetics.  But it is fascinating all the same to wonder about what true enlightenment must be like.

Turia from the Netherlands are on the same label as previously reviewed Lubbert Das. Their band name may or may not have anything to do with the above, but their band pic is certainly pretentious enough to suggest it. Turia share members and some composition traits with Lubbert Das, but here’s an observation I want to make about bands like Turia, Pagan Hellfire (Canada), and Infamous (Italy): there is little to find wrong with these bands., to the contrary, there is far more to commend them over. They make long, flowing, tremolo-heavy black metal; usually well-written and sometimes of exquisitely crafted, fiercely individualistic melodies. They carry great emotional appeal and create lush and vivid pictures of forgotten times and civilizational upheavals and man’s wide-mouthed wonder at the awesome power of nature.

These are all very good things! Things that we wish more bands took to heart instead of dabbling with atonal ramblings. And yet, I find something missing about their music, some dark and bitter aspect that I can only abstractedly and childishly call as “evil”. Is it only something as minor as the almost-total absence of dissonance and tension in their songs? Perhaps, and perhaps that is intentional too; pagan black metal, folk black metal, whatever classification you want to group them under, but to me, that same missing “evil” is an integral and inseparable part of black metal, too. It was a hallmark of all the great early works of the genre, but for reasons perfectly understandable, newer bands, in search of beauty, are swerving far too hard in the other direction.

This entry was posted in Black Metal and tagged Dor, Lubbert Das, Turia. Bookmark the permalink.