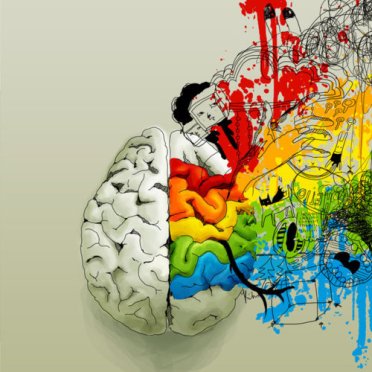 While hearing Edge Of Sanity‘s The Spectral Sorrows, it became apparent to me that the brief guitar solo on ‘Across The Fields Of Forever’ shares more than a passing resemblance with the main vocal line of Uriah Heep‘s ‘July Morning’. They are in fact the same notes of what is a very distinctive melody. Now this could simply be tribute on the part of Dan Swano who has previously acknowledged the British proto-metal band as one of his founding influences, but it does raise an interesting question over the many cases of similar sounding songs that one comes across in their listening experience.

Let it never be doubted that there are opportunistic enough people out there who wouldn’t hesitate before ripping off another’s work, note for note, if they think that there is an audience out there to be exploited. Few if any have the time or the breadth of musical interests to pick up on obscure, pilfered motifs, and it is only by sheer chance that such things are detected.

But blatant plagiarism, though deplorable, isn’t surprising or even all that interesting. The world is a shady place filled with dishonorable people, and it is pushing naivety to expect that heavy metal would be excluded from its meanness. What is more fascinating is to wonder whether two minds separated by time and distance can somehow, independently, reach the same conclusions with integrity in tact.

All music, but especially a somewhat cloistered form like heavy metal, relies on certain familiar configurations that artists are expected to tap in to in order to stay within the parameters that define the genre (see Style and Genre in heavy metal). This is as should be, and metal fans willfully look past the similarities shared by bands belonging to a particular sub-genre as long as songwriting and a band’s intentions stay reasonably above reproach. The genre itself comes to be something of a communal deity, with bands offering their individual homages as they see fit and to the best of their abilities.

This is all well and good, and to be empathized with. It takes a truly special talent to make common scales sing in voices previously unheard of. A large majority of metal musicians are technicians and stylists first, more in love with their chosen form of expression than with any genuine claim to originality, and that is fine too.

But every now and then a motif like the one found on ‘Across The Fields Of Forever’ comes along that is just too awkward to file away under the above category. This motif rises above simple stylistic tropes that are rotated between bands of a genre; it contains a very unique identity of its own that could only be the result of a distinct mind. How does one explain this? After all, the notes or the phrasing used here aren’t anything out of the ordinary, and it is not beyond possibility and probability that another mind could arrive upon the same configuration given enough time.

But hear it again and it becomes hard to dismiss the unmistakable mark of individuality that it contains. For Dan Swano to arrive at the same conclusion, he would have to undergo the same preceding chain of cause and effect that led David Byron to create his memorable tune. It is here that we step outside the simple realm of possibility and admit that this is one impractical concession too many. Plagiarizing might be too harsh a word to use in this context, so let us be charitable and simply say that Dan Swano was paying a subtle tribute to one of his favourite bands.