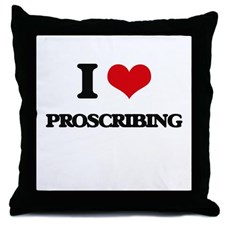 There are a few extra-stylistic qualities that I believe should be a part of someone who writes about heavy metal:

These qualities are not necessarily present naturally in any person – or maybe they are and all subsequent discussion futile – but they generally send out not-so-subtle signals whenever an individual works against them. The responsible writer of heavy metal should heed them to the best of his abilities, for they are endemic and entirely compatible with the ideals we believe separate this music from other contemporary forms of expression.

The modern state of metal writing, as is the case with much of modern metal, has to do with the wrong kind of people being attracted to the music. Those who don’t identify metal with a higher ideal will only think of this subject as so much faffing and will continue drowning themselves in anodyne cliches, self-referential and flippant by turn. Worse yet, in a show of incredible egotism, they will expect the music to fall in line with whatever personal agenda they might be touting at that moment. It speaks of a stunted, unadventurous, and dishonest bent of mind to outright dismiss ideas that may be pariah to our own and then to run down, ad hominem, those that dare think differently.

The internet, unfortunately, allows everybody to publish their opinion. I have been aware of review site Satan Stole My Teddybear since the late 90s, but this particular review of the Raiders Of Revenge split between Graveland and Honor from 2000 caught my eye recently. Below are some choice extracts from the review:

“As a result, although Graveland has been churning out record after record for years, there’s been little need to actually keep up with their particular brand of ideologically infused black metal (or give a rat’s ass about whatever fool thing enters Rob Darken’s mind when he sits down to write lyrics)”

“This here is a split CD with Polish band Honor on a notorious white power music label, so you already know that a) you should never, ever purchase a new copy of this and b) participants are obvious jackasses for association with this sort of backwater, redneck asshattery”

“And as it often turns out with bands so caught up in an ideology that they can’t see straight, Honor is laughably bad. Nothing more ever needs to be said about this pathetic act”

“The last song, “Into Death’s Arms”, is the closest Graveland comes to coming up with a reasonably decent song, but in general this split CD finds Graveland treading water and associating themselves with halfwits and mouthbreathers”

“Even if you’re somehow a Graveland fan and have a high tolerance for extremely outdated ideology, Raiders of Revenge has nothing to offer whatsoever. Mostly, it confirms Rob Darken is a twit”

It is patently obvious to see why Mr. John Chedsey dislikes this split. What grates, however, is the way in which he lets his pretensions to being a music reviewer be overwhelmed by his personal inclinations. Does the immense irony of blaming a band’s music on its ideology, all the while dismissing the same music on account of the band’s ideology, escape him?

Raiders Of Revenge finds Graveland in the style Rob Darken had brought into active realization with the previous three albums. Long, repeating and roving symphonies that paint a wide swathe of atmosphere is the very point of this music, something that seems lost on Mr. Chedsey. He casually dismisses Graveland‘s pioneering work through the 90s as childish, sword-and-shield silliness, but no where does he offer insight on just why Graveland‘s music holds up to the present day. It is the capturing of an immortally heroic, anti-modern sentiment that set this band apart from virtual every other black metal band in history. Graveland‘s importance, every bit the equal of its more renowned Norwegian contemporaries, lies in the propagation of a singular idea through the length of its music in the vein of great classical works. Accusations of lack of innovation are flung at this project only because of a fundamental ignorance over its aspirations.

Mr. Chedsey reserves an even more summary dismissal of the other band on the split. Honor play an Oi-styled anthemic hybrid of punk, heavy metal, and black metal that, while not as ambitious as Graveland, is far from being clumsily arranged or incompetently played. The continuity in Honor‘s material is of a more discrete, choppier nature, but there is continuity and coherence here all the same. Soaring symphonies accompany mostly speed-metal style picking, forming what is a surprisingly stirring, battle-like vibe.

Apparently, Honor have white power affiliations repellent to Mr. Chedsey’s moral fabric. Personally, I am glad that bands out themselves and their beliefs because I then know where they stand and I can give them a wide berth if I so choose.  Pride in one’s culture and heritage, and drawing inspiration from thousands of years of intellectual or martial tradition, is no bad thing but has unfortunately been branded as an anti-progressive, backward mentality by the forever-eager-to-be-offended set.

But so be it. Let us assume that Honor have extremely virulent ideas about race and color. What sets one off about Chedsey’s tirade against Honor is that he knew what he was getting into before listening to the band. His gut told him it wouldn’t agree with the band’s stance on certain things. But like a shameless dog with no conviction or self-respect, he goes ahead and hears the music, and then lies through his teeth, letting his personal revulsion influence his work as a reviewer. Honor, for all their adherence to controversial subjects, can at least sleep with a honest conscience. Can Mr. Chedsey do the same?

This behaviour is seen time and again across amateur metal writing. People let their egos get the better of common sense and assign a greater value to their private beliefs in context with the music. The concept of treating something on its own terms becomes alien, and drama and outrage take center seat. Those protesting fascism themselves wear the cloak of proscribers, but somehow delude themselves into thinking that they’re working towards the greater good. Do they think that banning “subversive” thought is a viable, long-term strategy? Perhaps they might succeed in protecting the impressionable but what about those independent ones who think otherwise as a natural expression of their meditation on the world around them?