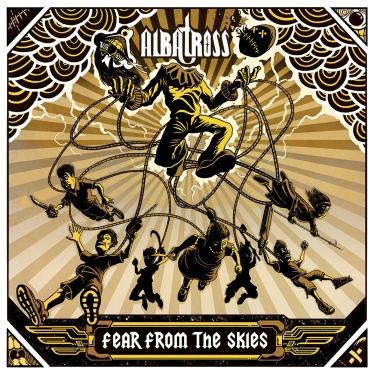 Bombay-based heavy metal band Albatross have released their debut full-length Fear From The Skies. The two songs posted on label Transcending Obscurity show a polished, modern power metal aesthetic with elegant solos and operatic, if at times annoyingly screechy, vocals. As heard on previous efforts, Albatross show promise when they don’t get overly caught up in being a niche, story-telling band. Insistence on this aspect, however, sacrifices the spontaneity and energy of the music, with padded, overlong passages often inserted to let the story concept take seed and bloom.

That being said, this still feels like an honest effort on the surface and deserves to be heard in full. Fear From The Skies is available through Transcending Obscurity. Previews can be heard here.