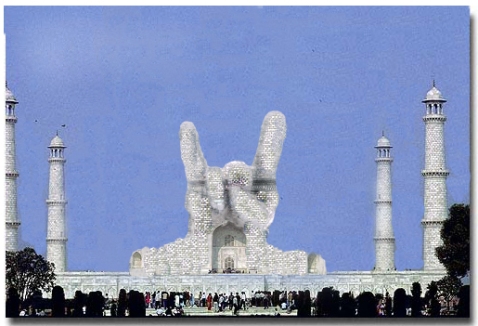 Some might ask, why bother? To them say, why not? You try not to litter as a participating member of society. On the off chance that you do, you hopefully make a point of picking up your scrap of litter and putting it in the garbage can. Why? Because garbage is an eyesore. More than an eyesore, a group of humans that allow garbage to become a part of their daily surrounding risk losing a part of their humanity in the long run. Garbage needs to be called out, pointed at, and ridiculed. Make it blush, then make it rage, and finally make its sense of entitlement shrivel up in the corner in self-pity.

Nobody likes to spend time listening to music that blows ass. These are bands that have been heard over time and don’t exactly leave the room smelling of roses:

Bands like Bevar Sea are almost reason enough to wish that Black Sabbath never existed, though that would deprive them of their hidden alias Fluff. Who needs this really? This isn’t dark, it isn’t angry, it isn’t even soporific..well, it is but not in the good ol’ grappling-with-a-crisis-of-existence doom metal sense. It is insidious in that it won’t outright put you to sleep, instead it will slip in a clever hook or two to keep you honest, a singsong chorus with self-congratulatory puns (ha! ha!) and then maybe work you over with a guitar solo for the shutterbugs. In all seriousness, this is basic rock and roll music that your girlfriend,  your potential mother-in-law and their shared poodle can groove to, clap along with, and generally be proud of you for listening to. And whoever wants that?

With all due respect to Mr Sahil Makhija’s perseverance in the face of unrivaled mockery over the years, he really deserves to be called King Midas Of Shit Mountain seeing how everything he touches inevitably turns out to be utterly… shit. Workshop is Comedy Metal, just like Demonic Resurrection is Demonic Metal, but Groucho or The Holy Grail this most certainly isn’t. Sure, humour is subjective and there’s nothing inherently wrong with slapstick to an extent but really now:

Once upon a time there was this lonely guy
His ass was really big like a giant squishy toy
All his life tormented as his ass got in the way
Ladies snickering at his behind, he considered turning gay

Sophomoric doesn’t begin to describe it. The music is insipid, as expected, turned down to give the whiny vocals priority in all their juvenile glory. I’m not sure who the target audience for this sort of thing is. Slipknot and Korn fans would sneer at it in disgust, and pre-adolescents would probably prefer lighting farts on fire, but hey, any publicity is good publicity. This blog expects its cut.

Lame tough-guy metal inspired by former hair metal namby-pambies turned rednecks par excellence Pantera, and lost souls like Max Cavalera and Rob Flynn. Virtually every abomination that heavy metal has had to put up with over the last two decades can be attributed to these three entities, and Zygnema are here to lay claim to that proud heritage. Zygnema are brocore to the hilt; faux anger and the death of imagination are their everlasting companions. These songs are about precisely nothing, lurching and spasming for no conceivable reason, and laced with profane tirades in the hope of boosting their street cred. Kids are impressionable and this music does little to ignite their curiosity. Play them Sad Wings Of Destiny or Crystal Logic instead.

Reptilian Death play metalcore in the guise of a death metal band. A simple exercise that should be repeated with each band member here is to buy them a round of beer at the pub and talk death metal. Chances are that these people aren’t really death metal fans at all. Beneath all the synthetic sound and fury lies an immense vacuousness that signals a complete disconnect with the genre at large.  Pretentious album title and cenobites on the sleeves, but what does it all mean? Not much, unfortunately, just like the music inside.

Ever seen those prison movies with buffed up, semi-naked inmates walking around in the courtyard giving each other threatening looks with thinly veiled amorous subcontexts? Undying Inc. would provide a good soundtrack to a movie like that. High on testosterone and little else, this is the definition of metal for a vast majority of youth today. These aren’t inconsiderable musicians but they compromise traditional story-telling dynamics in constant pursuit of stop-start, rhythm-dominant, anti-melodic guitars and nifty drumming. There could be a better band hidden in here somewhere if only it were reconstructed from a fresh set of influences. For now they are Zygnema‘s spiritual cousins, a little more evolved but vapid all the same.